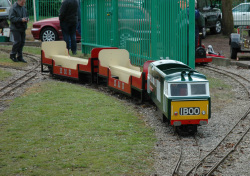 Norton Priory School with
coaches 3 and 4 parked in the yard
awaiting their next duty. 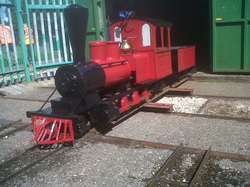 Buffallo Bill sitting on the traverser
outside the locomotive shed. 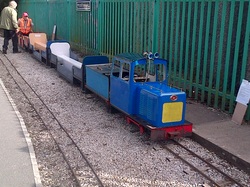 Built as a project by ICI students in 1984.  Based on an Irish peat railways design, GERALDINE was designed by member Len Hough specially for Halton. 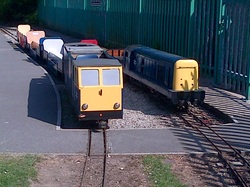 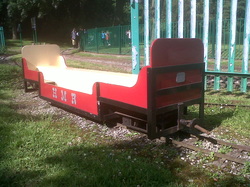 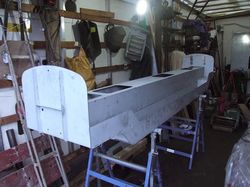 
New build by Society members from a design by Leyland Society.

These 6 coaches are air braked and fitted with padded seating...our standard for the future. 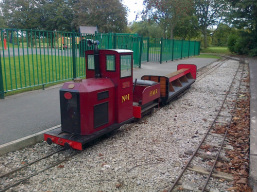 Built in 1976 and originally used on portable tracks at shows in the North West, Pixie was the first locomotive to run at Halton.
Unused since the early 1980s, when more powerful locomotives arrived, PIXIE has been refurbished and will run special trains through the year.
PIXIE has a petrol engine and 'forward' and 'reverse' mechanical gearbox.

The locomotives and coaches used at Halton belong to both the Society and to individual members.
Trains are normally 2 or 3 carriages in length, carrying upto 20 passengers.

Other locomotives regularly used for passenger service but privately owned are

Members will also often bring their own steam, petrol, and electirc locomotives to run.

The Society owns 7 coaches, with another 6 privately owned available for use.